Drama Sinf-e-Aahan is recently on-aired on channel Ary Digital. The drama catches the eyes of the audience at 8:00 pm, every Sunday. People are admiring the drama sinf-e-aahan due to many reasons. The main reason for the great approval of the drama is to encourage women for joining the army. 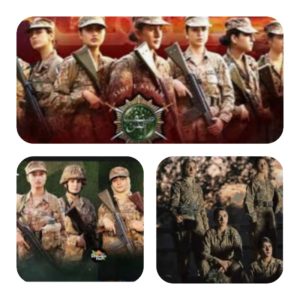 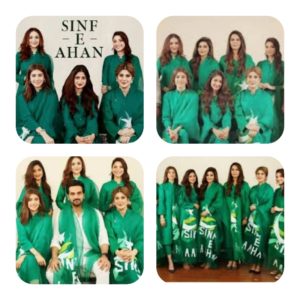 Sajal Ali is playing the role of Rabia,

In the drama Sinf-e-aahan, she is a topper in her academic studies, she wants to excel in her life but her mother wants her to get married first. After being rejected by a family Rabia got frustrated and takes a decision to achieve something rather than just being a showpiece in front of people for getting married. She takes tests to join the army and get successful. She is so sensitive that she gets scared of a mouse but later on, she goes through the tough training of army. Her brother is already an army officer. 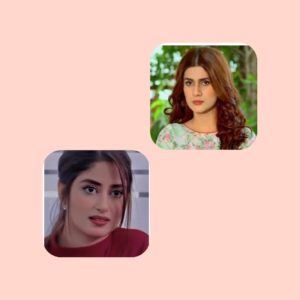 Kubra Khan in the role of Mahjabeen

She is presented in the drama sinf-e-aahan, a burger kid from a rich family. She is habitual of a luxurious life. Her life revolves around getting ready, taking pictures, posting them on Instagram, getting likes and followers, surfing through social platforms, eating out in restaurants. Mahjabeen’s parents keep on arguing with each other and she gets frustrated because of their quarrels and engages herself in such stuff to draw her attention. Her mother urges her to achieve something in her life and finally. She took it seriously and applies to join the army and got selected.

Yumna Zaidi as Shaista in Sinf-e-Aahan.

She belongs to a Pathan family in the drama Sinf-e-Aahan. She wants to join the army but Pathans are restricted in their rituals. Shaista’s father does not allow her to join the army. So she decides to take the test but hides it from her father. As she is a bright girl who helps others in their studies, she cleared the test in her first attempt. And later her father also encourages her to fulfill her dreams. 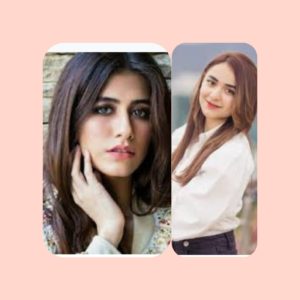 Syra Yousaf is presented as Arzoo

She belongs to a Christian family. They are poor. Her parents have a lot of expectations from Arzoo. They live in a rented home, the house owner flirts with Arzoo. IGSP selects her as an English teacher, on merit. Nora, the house owner used an intercession for getting a job makes fun of Arzoo for getting a job on merit, it shows his meanness of him.

She belongs to a tribal area. Her father’s land is mortgaged to a tribal ruler. The land will be set free if Pariweesh gets married to a tribe’s servant but she wants to join the army. She also somehow manages to take the test and Army selects her. 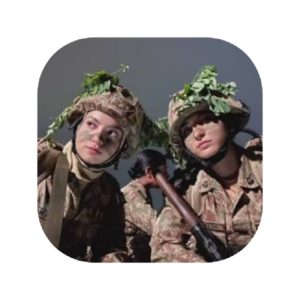 She is famous as a party girl in the drama Sinf-e-Aahan. It is her first drama as an actor. She gives an excellent performance as a happy girl who is full of life and has a lot of dreams. She talks a lot so we can say she is a bird who chirps beautifully.

All girls pair up to share their rooms and they get a good bonding with their roommates. As Mahjabeen comes from an elite family so she has some problems sharing a room with someone.

After facing their own respective problems, all-girls somehow manage to reach GSIS where they have a chance to change their lives and be proud of their families and their country Pakistan.

Sinf-e-Aahan is presenting an extreme versatility.

It presents women from all the provinces. Every region has its own culture and the inhabitants have to abide by their customs and especially when it comes to women, they have to face more difficulties.

In Sinf-e-Aahan women from different regions and different backgrounds, despite all difficulties and opposition, gather at a platform where they can show their potential and abilities to prove themselves.

The women in the drama share a thing i.e. “passion”. They all have the passion to achieve the best on their own. Though that passion arises for different reasons, it urges them to hard work to fulfill their dreams.

The best point of the drama is, to highlight the brave women who belong to every sector of life including minorities and poor families. Arzoo is a Christian who becomes a teacher at GSIS. It is depicted through the drama that in our country minorities can get equal opportunities.

So, we can see Sinf-e-Aahan presented women of different regions, different religions, and different classes, but they are enthusiastic which is the reason they break their comfort zone and fight for their future.

The families of the girls will definitely be proud of the girls at the end of the drama. The girls put their subtility aside to have a journey, from Sinf-e-Nazuk to Sinf-e-Aahan. The drama also makes us aware that today there are a lot more opportunities for ladies to prove themselves and to serve the country.

4 thoughts on “Sinf-e-Aahan| A Drama production by ISPR”